Delicious rooibos, along with sweet cinnamon and aromatic cardamom, impart a distinct taste to this caffeine-free chai. Star anise mixed with ginger, and black pepper deliver a caffeine free chai that is perfect anytime. 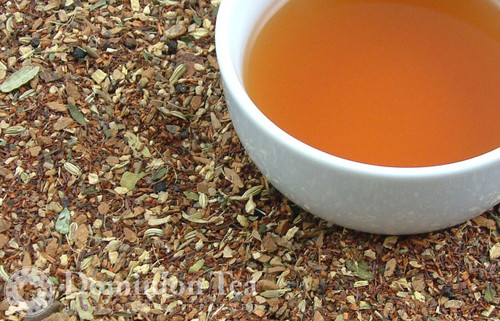