Sometimes known as bush tea or red tea, Rooibos is a naturally caffeine free herb steeped for its refreshing taste. Since it is caffeine free, not simply decaffeinated, it’s a great afternoon alternative for those sensitive to caffeine.

Often described as having an earthy taste, some find hints of vanilla, caramel, and other tastes. Many people enjoy it straight, in blends, or with milk and sugar. Rooibos is often used as a base in flavored teas as well. 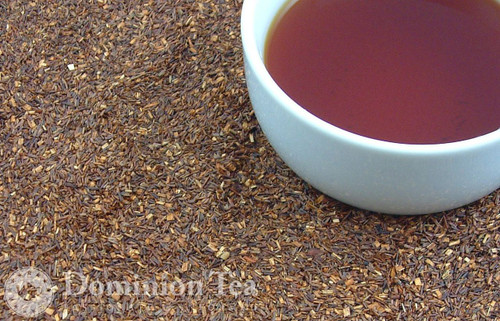