Also known as Tie Guan Yin or Tieguanyin, this traditional Chinese oolong has a higher oxidation than the more popular Taiwanese oolongs, giving it a more medium-bodied finish with flavors of dried fruit and sweet finish.  For a trip back in time to the first creations of oolong, Ti Kuan Yin is the tea to drink.

Tie Guan Yin, also known as Ti Kuan Yin, Tieguanyin, or other variant, is one of the oldest oolongs produced in China. Originating in Anxi in the Fujian province of China in the 1800s, it is named after the Mahayana Buddhist’s Goddess of Mercy, Guanyin. Tie translates into Iron, so the full translation is Iron Goddess of Mercy. Like other Chinese teas, its origin is tied to a myth. This Chinese tea is a favorite and comes complete with the colorful story of Wei and Guanyin.

Oolong teas are actually some of the youngest types of tea. It is believed that the Chinese started to really understand and control oxidation of tea in the 17th century, leading to the first oolong teas. Given that the first teas in China where documented over 3,000 years earlier, a few hundred years old is still young. Highly regarded Taiwanese oolongs only began to make an appearance during the 1960′s, when the Taiwanese realized they were losing market share to Chinese and Japanese teas. Taiwan needed to do something different to distinguish themselves in the marketplace. Prior to the 1960′s, Taiwan was producing mainly green teas for consumption by the Japanese.

The name oolong literally means black dragon, which refers to the shape of the hand rolled oolong tea leaves. There are other theories that the name originates from the Wuyi Mountains in the Fujian Province of China where it is believed that the first oolong teas where made. There is an alternative theory that it is named after the man who made the first oolongs, Wu Liang, and was later corrupted to Wu Long before being anglicized into oolong. No matter where the name came from, this type of tea offers wide variety and is worth exploring for every tea drinker. 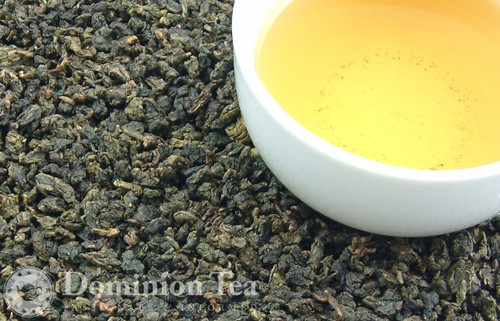