A classic oolong of Fujian province grown among the cliffs of Mount Wuyi, a UNESCO World Heritage region of China. Da Hong Pao is truly an outstanding example of the terroir, or soil, topography, and climate impacting the taste and flavor. In this case its the unique organic materials found at Mount Wuyi and the minerals from the surrounding rocks that give Da Hong Pao its unique flavor and taste.

Da Hong Pao is also known as Big Red Robe, one of the Rock Oolongs. Legend has it that monkeys were trained to climb the steep mountain sides to pluck tea from wild tea trees. The Wuyi Mountains, an area 100,000 acres larger than Yellowstone National Park feature narrow canyons with very steep sides, with seemingly every area possible under tea cultivation.

According to signage within Wuyi itself, Da Hong Pao is considered to be the best tea from Mount Wuyi and is therefore sometimes called "the King of Teas". The Nine-Dragon vale, where the tea is grown, has an east-west geographical orientation and is surrounded by nine large cliffs in the shape of coiled up dragons that seem to be about to fly up into the air at any time. 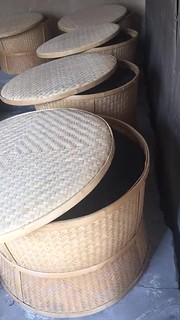 There are many stories surrounding Da Hong Pao. One such story has it that the mother of a Ming Dynasty emperor lay sick with an unknown illness. Tea from a group of tree in the Wuyishan Mountains was sent to the emperor and reportedly cured his mother. In thanks the emperor had the remaining bushes wrapped in large red robes.

Today six of the original tea bushes remain, dating back to the Song Dynasty or about 1,000 years old. Though tea is no longer plucked from the bushes, their clones are used to produce Da Hong Pao to this day.

Check out this short video of how Da Hong Pao is baked to get its signature taste!

Western Style: Steep 3 grams (approximately 1 tsp) per 8 oz of water at 190℉. Infuse for 2-3 minutes for the first infusion. Infuse a second time for 3-5 minutes.

Asian Style: Steep 6 grams of tea in a medium size Gaiwan for approximately 20-30 seconds and pour off into a small pitcher and serve. Infuse 6-8 times adding 5-10 seconds for each infusion. 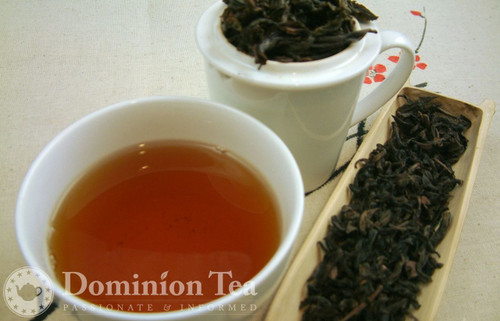