Fenghuang Dancong is one of many classic Chinese teas. This dark oolong is produced in the mountains of Guangdong Province, roughly halfway between Guangzhou and Xiamen. Also known as Phoenix Oolong, Phoenix Dan Cong, or Feng Huang Oolong it is grown at a mountain literally called Phoenix Mountain, named for the multiple peaks resembling the mythological bird. Dancong teas aren't often found outside of China.

Fenghuang Dancong is plucked from wild tea bushes growing at high elevations around the mountain and features floral notes with a hint of honey.

Western Style: Steep 3 grams (approximately 1 tsp) per 8 oz of water at 190℉. Infuse for 2-3 minutes for the first infusion. Infuse a second time for 3-5 minutes.

Asian Style: Steep 6 grams of tea in a medium size Gaiwan for approximately 20-30 seconds and pour off into a small pitcher and serve. Infuse 6-8 times adding 5-10 seconds for each infusion. 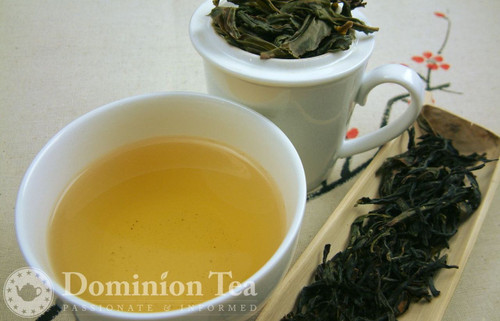