Japanese green teas are dramatically different in taste and finish than Chinese green teas. Impeccably grown and machine harvested, these teas are not going to have the same large leaf style that many Chinese green teas do. More grassy and vegetal in character, these teas tend to have less caffeine naturally and are bright and obviously green. Sencha Organic is one of many great Japanese tea varieties.

Japanese Sencha is produced from the first flush of the year and actually has many variations depending on the producers preference for added shading or variations on steaming time for firing. Sencha forms the base for genmaicha and tea leaves from the same plant, but later flushes, is sold as bancha. Sencha is the most consumed tea in Japan.

One cannot talk about Sencha green tea without talking about the history of tea in Japan. Sencha is the most consumed beverage in Japan, whose beginnings date back several centuries. Tea was introduced to Japan in the 9thcentury via a cultural exchange with monks although it did not really take hold until the 12th century when Emperor Saga encouraged tea plant growth. This allowed tea to expand from religious use to upper class consumption. More on Sencha…

Our Sencha Organic Green Tea comes from a Globally Important Agricultural Heritage System (GIAHS) as recognized by the United Nations Food and Agricultural Organization (FAO). The distinction is due, in large part, to the practice of Chagusaba or "tea grass fields" used in the production of this tea. The Chagusaba method uses native grasses of the Shizuoka Prefecture, cut and spread around tea bushes to reduce weeds and fertilize the plants. The method provides a sustainable method which also enhances the flavor of our Sencha Organic.

Step 1:
Add boiling water to mug and allow the water to cool to 165°-185° or simply wait 2-5 minutes.
Step 2:
Steep 1 round tsp or 3-4 grams of tea per 8 oz of water.
Step 3:
Steep for 2-4 minutes. Green teas often have substantially different character depending on the time and temperature used for steeping so experiment with water throughout the range. Try 2-3 steepings. Great candidate for cold brewing tea for a summer 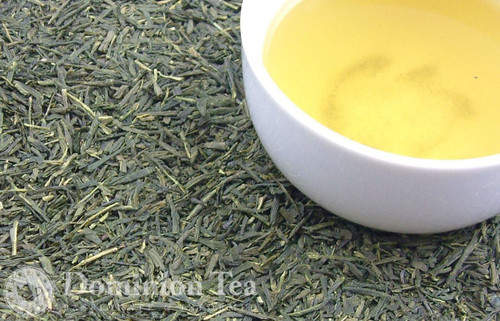