There are a great many teas originating from Japan although only a few tend to be well known in the United States. Sencha and matcha tend to be some of the best known with plenty of options for sencha and matcha tea in a bottle. Matcha also enjoys significant popularity for its use in cooking for its color, texture and taste. Matcha powder works well as addition to smoothies, ice cream and more.

There are, of course, Japanese tea varieties beyond sencha and matcha. Other great Japanese teas include bancha, hojicha, genmaicha, guyokuro and others. One of the significant differences in Japanese tea production is the use of mechanical harvesters instead of hand plucking, and steaming of the tea leaves to halt oxidation instead of heating.

When steeping Japanese green teas it is generally important to take care not to use boiling water. Using water of 170-185 degrees Fahrenheit will produce the best taste without the bitterness that boiling water yields. 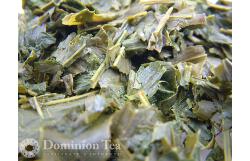 The most consumed tea in Japan is sencha. Made from the first flush of the year, there are several variations on production method which provide many variations of sencha itself. Shincha or Ichibancha is produced from the first months harvest and is very hard to come by outside of Japan. By covering the tea plants with shade cloth for about a week prior to harvest we get Kabuse Sencha or Kabusecha with darker color and milder flavor. Another variation is Asamushi Sencha which is simply steamed for a bit less time than the normal 15-20 seconds of traditional sencha production. Finally, Chumushi and Fukamushi Sencha teas are steamed for progressively longer periods. 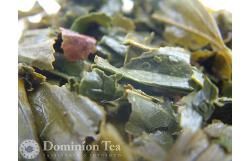 Bancha tea is typically produced from the same plant as sencha. However, it is the second flush, or crop, of the season thus, in Japan, is considered to be a slightly lesser grade of quality. Still an excellent green tea, bancha is often considered more of an everyday tea for regular consumption. 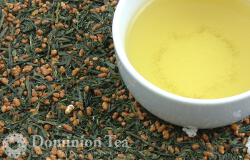 A uniquely Japanese tea is genmaicha (also known as Gen Mai Cha or Popcorn Tea). This tea is produced by blending Genmai, or brown rice, with green tea (cha). The result is a delicious nutty taste. Genmaicha can be produced using a base of sencha, bancha, or other Japanese green tea although it is traditionally produced with a bancha base. The addition of brown rice to bancha green tea tended to lower the cost making it a commonly consumed tea in Japan. 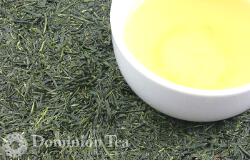 Unlike most other Japanese teas, gyokuro is high grade tea. Also known as Jade Dew or Jewel Dew, gyokuro is hand-picked and grown under shade in an effort to maintain the amino acids in the tea. This process serves to yield a sweeter tea than those not grown in shade. Unlike sencha, which is not shaded at all, gyokuro is normally shaded for about three weeks before plucking. This differs, even from Kabusecha which is a sencha variety grown under shade for one week. It is normally best to steep gyokuro tea between 122 and 140 degrees Fahrenheit. 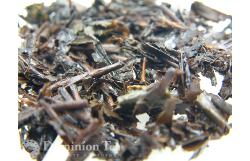 Strikingly different from other Japanese teas, hojicha has a distinctive brown color looking almost like dried leaves. It produces a baked, nutty flavor and is typically steeped with boiling water. Hojicha is technically a green tea that is made by roasting the tea leaves over charcoal in a porcelain pot as opposed to steaming like most Japanese teas. It is typically made from bancha though it can be produced from several other varieties as well to suit customer taste and the manufacturer style. 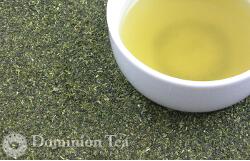 Rather than let all the small particles and dust go to waste, the Japanese ingeniously created a new tea product. Konacha, also known as Bud Tea, is produced from the leftover particles from producing other varieties such as sencha or gyokuro. Higher grade konacha comes from leftovers from gyokuro production and similarly lower grade konacha would come using the leftovers of lesser grade Japanese teas. 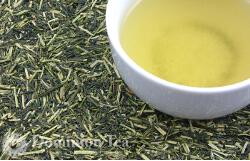 Always looking for new tea products, kukicha, or bocha, is literally translated to twig tea. Kukicha is produced from the twigs, stems, and stalks from the tea plant. Its infusion is often referred to as sweet or creamy. Like other Japanese teas it should be steeped on the cool side, anywhere between 140 and 175 degrees Fahrenheit. It can be made from twigs, stems, and stalks from any number of teas like sencha, bancha, or gyokuro. 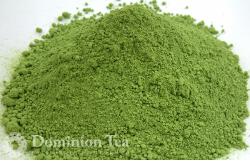 Finally, matcha is actually a powder produced by milling green tea leaves. Matcha production dates back as far as CE 600 when tea was transported in brick form. Traditionally used for Chado, or the Japanese Tea Ceremony, matcha is now used widely for bottled drinks, home cooking, and by many restaurants. It is generally produced from gyokuro leaves, which have been hand-picked, and features a distinctive bright green appearance. There are many grades of matcha depending on the base tea used in production, and cooking grades tend to impart a stronger flavor, thus using ceremonial grades in cooking is not necessarily better. A more recent use for matcha is found in matcha infused sencha and matcha infused genmaicha which build a layer of complexity and flavor on these two well-known Japanese teas. Making matcha on its own involves vigorous whisking of the matcha in a bowl until frothy and then adding water if necessary to taste.