All the great taste of Sencha with a dusting of matcha combine to give a more interesting and complex taste than traditional Sencha alone.

Japanese green teas are dramatically different in taste and finish than Chinese green teas. Impeccably grown and machine harvested these teas are not going to have the same large leaf style that many Chinese green teas do. More grassy and vegetal in character, these teas tend to have less caffeine naturally and are bright and obviously green. Matcha Infused Sencha is one of many great Japanese tea varieties.

The most consumed tea in Japan is sencha. Made from the first flush of the year, there are several variations on production method which provide many variations of sencha green tea itself. Shincha or Ichibancha is produced from the first months harvest and is very hard to come by outside of Japan. By covering the tea plants with shade cloth for about a week prior to harvest we get Kabuse Sencha or Kabusecha with darker color and milder flavor. Another variation is Asamushi Sencha which is simply steamed for a bit less time than the normal 15-20 seconds of traditional sencha production. Finally, Chumushi and Fukamushi Sencha teas are steamed for progressively longer periods. 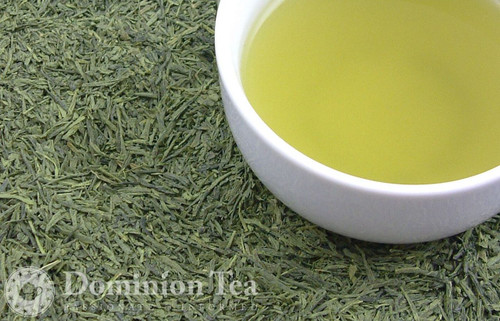