Sleek black matcha storage tin with strainer for sifting matcha powder in advance of your next tea ceremony.  Part of the Matcha Essentials kit. 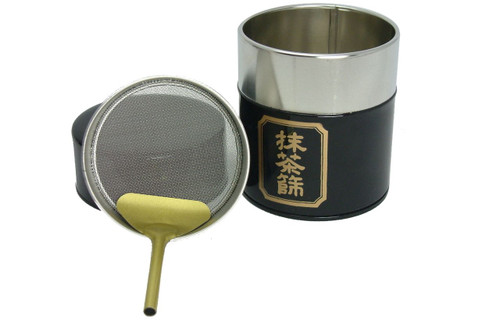