This  beautiful cream, pink and brown bowl is a perfect complement to the deep jade green of matcha. Intentionally imperfect, this bowl reminds you of Japan in the spring with its cherry blossoms. The matcha tea bowl is one part of our Matcha Essentials kit. 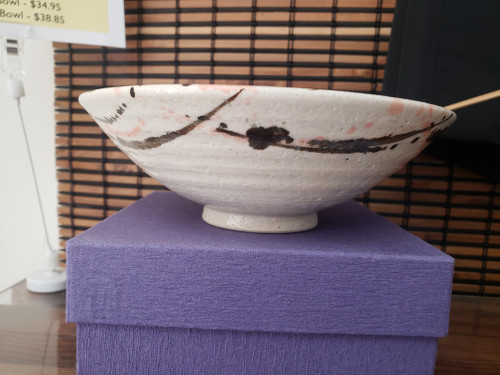