Earl Grey is has long been a popular tea blend but for many it’s missing something.  The Rose Garden is our upgrade to Earl Grey with a nod to The Rose Garden at The White House.  This inspiring blend of Jasmine green tea, Earl Grey black tea and rose petals is a fascinating tea, worthy of being served in its namesake.

Aromatic with a smooth floral character, excellent hot or iced.

Earl Grey tea has a long history dating back to the 1800’s and is said to be named after Charles Grey, the second Earl Grey, Prime Minister in the 1830’s. According to legend he receive the flavored tea as a gift from a Chinese man whose son was saved by one of Lord Grey’s men though he appears to have never actually visited. Lady Grey began serving the tea and its popularity grew and has remained a popular type of tea for about 200 years and counting.

On Wednesday September 20th, 1961 Jacqueline Kennedy hosted tea for the wives of foreign ambassadors arriving in the US after February 1961. Receiving invitations included the wives of ambassadors from tea producing countries including Ceylon (Sri Lanka), Nepal, and Korea. During their time in office the Rose Garden was redesigned for ceremonies and is at times used for tea and other events. Today the East Garden, on the opposite side of the White House, is also known as the Jacqueline Kennedy Garden. 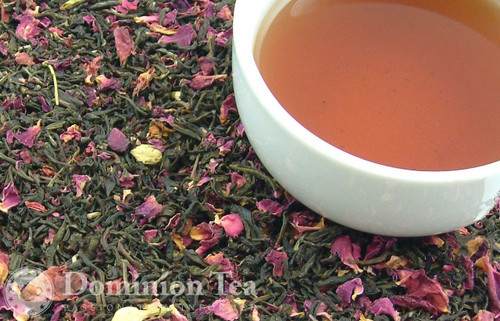