Our organic Earl Grey with Lavender is a distinctive black tea blend that appeals to both Earl Grey and lavender lovers.

Earl Grey is one of the most popular tea blends in the world, black tea infused with the flavor of bergamot, an Italian citrus fruit. We've added a nice twist with the addition of just the right amount of lavender as the perfect top note to the tea.

Essential oil of bergamot and a good quality Chinese black tea is all that is in a traditional cup of Earl of Grey. So why do so many Earl Grey’s taste so different and how do you get a really good cup of Earl Grey? In short, focus on the bergamot.

Bergamot is a citrus fruit about the size of an orange that is not eaten by humans, but grown for the oil produced in the rind of the fruit. If you were to try it, it is supposedly less sour than a lemon but more sour than a grapefruit. Prior to becoming the key ingredient in the world’s most famous flavored tea, it was the base to perfumes. Historical records show that bergamot appeared in the first perfumes in the 1700′s made by Farina. Earl Grey tea itself only appeared on the scene in the mid-1800′s.

The bergamot tree has been found in varying regions around the world, but only seems to produce enough oil to be commercially viable in the province of Calabria Reggio in southern Italy. Eighty percent of the essential oil of bergamot produced annually comes from this small region in the tip of Italy’s boot. Much like tea, the intensity, flavor and smell of bergamot oil is affected by its growing location with many growers claiming the limestone and other sediments in the Reggio soil are responsible for a less bitter taste to this bergamot.

To extract the oil, the fruit is picked and then run through a machine that scrapes the rind off the fruit while in a cold water bath. The water and rind mixture then flows into a centrifuge that then separates the oil from the rest of the mixture. Despite an annual production capacity of approximately one hundred tons, there are over three thousand tons of bergamot oil claimed to be in products or sold on its own in the global marketplace.

The other item to look at is the tea base. It is believed that the original base to Earl Grey may have been Keemun given the types of Chinese blacks brought into England at the time. However, many of the teas in the tea bags here in the US are coming out of India, Kenya and Argentina. So that Earl Grey in the grocery store is probably not true to the origins of the tea in the first place. Like tea, bergamot oil tends to change with exposure to light and air. So it is best to buy smaller quantities and drink regularly so the flavor does not fade.

More: What is Earl Grey Really? 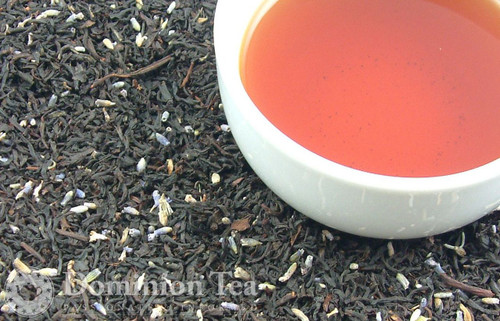