This universally favorite tea is made with all natural bergamot oil from Italy to create a rich, well balanced flavor. Decaffeinated with CO2 (Carbon Dioxide) rather than with harsh chemical substances.

Essential oil of bergamot and a good quality Chinese black tea is all that is in a traditional cup of Earl of Grey. So why do so many Earl Grey’s taste so different and how do you get a really good cup of Earl Grey? In short, focus on the bergamot.

The bergamot tree has been found in varying regions around the world, but only seems to produce enough oil to be commercially viable in the province of Calabria Reggio in southern Italy. Eighty percent of the essential oil of bergamot produced annually comes from this small region in the tip of Italy’s boot. Much like tea, the intensity, flavor and smell of bergamot oil is affected by its growing location with many growers claiming the limestone and other sediments in the Reggio soil are responsible for a less bitter taste to this bergamot.

It is believed that the original base to Earl Grey may have been Keemun given the types of Chinese blacks brought into England at the time. However, many of the teas in the tea bags here in the US are coming out of India, Kenya and Argentina. So that Earl Grey in the grocery store is probably not true to the origins of the tea in the first place. Like tea, bergamot oil tends to change with exposure to light and air. So it is best to buy smaller quantities and drink regularly so the flavor does not fade.

There are more variations to Earl Grey appearing on the marketplace. While it is tempting to discount them, you may find you like many of the blends that are becoming available, like lavender and rose petal. More on Earl Grey… 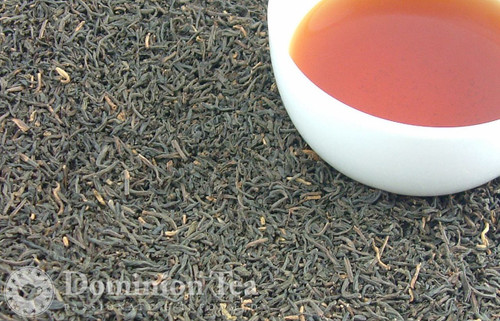