This organically grown Nilgiri black tea is from the Dusandle Estate in the Nilgiri Mountain region of southern India. This high elevation tea is an OP (orange pekoe -- medium grade tea with many whole leaves) grade with deep brown twisted leaves. This exceptional Nilgiri tea brews into a full-bodied black tea that is aromatic with a balanced, brisk flavor.

Nilgiri black teas are well regarded not only for drinking hot but for their exceptional clarity when brewed as an iced tea (not cloudy). A versatile tea that is forgiving to brew and always produces a pleasant cup of tea. The versatility of this tea is why it is commonly the base of many of the iced teas found in the United States.

In the Nilgiri growing region, most manufacturing facilities are located within the grounds of the tea plantations meaning the fresh leaves don’t have to travel very far before processing. This helps ensure high quality, fresh tea, due to the quick processing and manufacturing.

Tea has been grown in the Nilgiri region for centuries with some estimates going back as far as 800 years when the Nilgiri Hills were seized by Hoysala King Vishnu Vardhana. More recently the East India Company held the land for tea production beginning in 1799 and lasting through to 1947 when the region won independence from Britain. Today the regions plantations and growers are represented by the Nilgiri Planters’ Association covering the areas of Ooty, Coonoor, Kotagiri and Kundah (The Nilgiri Panters’ Association, 2014).

The Niligiri Geographical Indication (GI) region is part of the Ghat mountain range and is home to the Nilgiri Tahr, or ibex, an endangered sheep of the region. The mountains feature heights up to 6500 ft above sea level. Like the Shenandoah Mountains of Virginia, which are also called the Blue Ridge Mountains because of the bluish tint they have from a distance, the name Nilgiri means Blue Mountains, and is named for the blue haze that often settles over the range. Unlike some other tea regions of the world, the Nilgiri region receives regular amounts of rain throughout the year allowing nearly year round tea production.

Teas produced by estates in the Nilgiri region include both CTC and Orthodox teas for markets around the world including Russia and the Middle East but also Europe and the United States. Like teas from Argentina, Nilgiri teas tend to be quite clear when iced, a trait which makes these teas a popular base for iced tea blends. These teas also are considered to be very fragrant with a brisk yet creamy mouth feel and full body. While tea is produced year round in the Nilgiri Hills, it is the frost tea, produced from December through February which is one of the more notable, due to the slow growth of the leaves, concentrating the aromatic compounds in the leaves. While black tea is the primary product of the region it also produces some green and white teas.

Step 1:
Preheat mug with boiling water, discard and refill.
Step 2:
Steep 2 round tsp or 3-4 grams of tea per 8 oz of water.
Step 3:
Steep for 3-5 minutes as desired. Experiment with slightly cooler water or shorter steeping times. Try one additional steeping if desired. 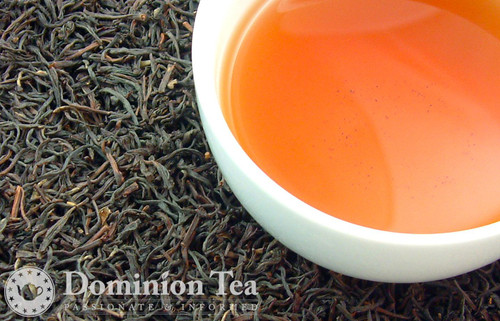