Have you ever wondered what we would choose when looking for special, single estate teas? Now you don't have to wonder. The Dominion Tea Chest club is the perfect connoiossur tea club for yourself or a friend and features a wide sampling of the teas that we would drink at Dominion Tea when we have the opportunity. As soon as you sign up we send you six sample size packets of tea of various types and regions of the world. Each sample size packet has enough tea for about four 8 oz cups of tea. Then each quarter we will send you three 2 oz packages of tea themed differently for each shipment. The entire year will include 27 oz of many different single estate teas from India, China, Japan, and Nepal. There will be a mix of green, black, yellow, and oolong teas with shipments of three teas mailed out quarterly. Shipping is included in the cost of the Dominion Tea Chest Club.

India is the largest producer of tea in the world with three distinct growing regions; Nilgiri, Assam, and Darjeeling. The Assam region features distinctly malty flavored teas grown at low elevation, many of which become the base for some of the most well known teas in the world. From the southern portion of India, the Nilgiri region produces teas known for their clarity and thus used for many iced tea products. Finally, from the northern most region of India is the Darjeeling region, home to hundreds of small tea plantations, bordering on Nepal and Bhutan, and producer of wonderfully floral teas. Our India Tea Exploration will unearth a few of the wonderful specialty orthodox teas from this region.

It is believed that tea was first discovered in China in 2737 BCE. Through trade, formal attempts to cultivate tea in new locations, and perhaps even through natural means the tea plant has moved through much of Asia. China remains the standard bearer for tea for many. Differences in production and many small farmers and manufactures yields great variation even within the standard tea varieties of green, white, yellow, black, and oolong. Our China tea excursion will touch just a tiny portion of this magnificent country.

Thousands of years ago, monks brought tea from China back to Japan planting the seeds of for its own distinct tea culture which is almost entirely focused on various methods of green tea production. Home to matcha, chado, and many varieties of sencha, our Japan Tea Voyage will take a quick sail through just a few of the unique teas available from this island nation.

Finally, we will dig deep into the Owners Tea Chest to pull out some of our favorite undiscovered tea from Nepal. This country bordered by China and India is an up and coming tea producer. The country has been relatively undiscovered due to a combination of having to export through two existing tea powerhouses and a lack of infrastructure (roads) necessary to transport its tea. We will hike through this mountainous region at the base of the Himalayan mountains to bring you three exquisite specimens of Nepali tea. 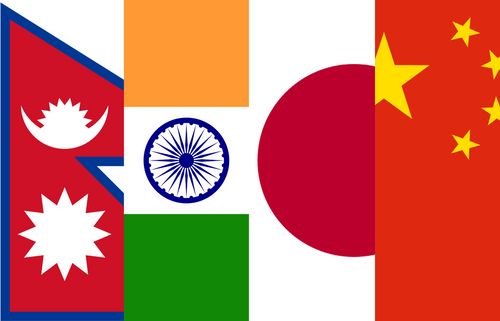