A Nilgiri black tea serves as the perfect base for this iced tea which can also be enjoyed hot.  Nilgeri tea is slightly sweet with a fruity flavor and smooth mouth feel and this CTC (crush, tear, curl) variety brews up a bit stronger due to the leaf style.

Iced tea had been in homes in the United States since the early 1800’s. Iced tea back then was more of a cocktail than a refreshing drink. Early cookbooks show recipes for Tea Punch, made with a combination of ice, green tea, sugar, cream and liquor. The green tea is not a surprise, as that was the predominant tea coming into the United States until the Opium Wars interrupted trade with China redirecting the tea trade to India and black tea. This punch took on regional names from Regent’s Punch (New England) to Chatham Artillery Punch (Savannah, Georgia).

Cookbooks in the later-half of the 1800’s started to talk about iced tea in the forms most American’s think of today – tea, ice, lemon and sugar. This is not a surprise given that ice boxes, the first form of the refrigerator, had become more prevalent in American homes at the same time. Sugar was present in all recipes but not in the quantities that are typically associated with sweet tea, until 1879.

Teas produced by estates in the Nilgiri region of India include both CTC and Orthodox teas for markets around the world including Russia and the Middle East but also Europe and the United States. Like teas from Argentina, Nilgiri teas tend to be quite clear when iced, a trait which makes these teas a popular base for iced tea blends. These teas also are considered to be very fragrant with a brisk yet creamy mouth feel and full body. While tea is produced year round in the Nilgiri Hills, it is the frost tea, produced from December through February which is one of the more notable, due to the slow growth of the leaves, concentrating the aromatic compounds in the leaves. While black tea is the primary product of the region it also produces some green and white teas. 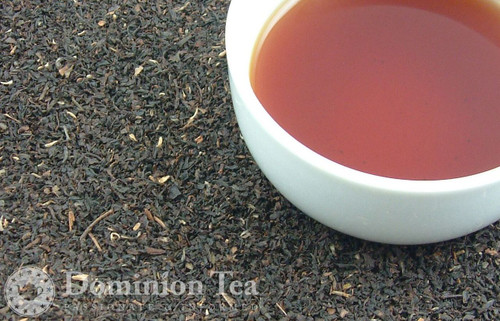