This twisted leaf assam tea carries all the malty flavor expected of an Assam and can hold its own with milk and sugar.  Enjoy this bright and malty drink as your pick-me-up in the morning.

The Assam region produces tea with a distinct malty taste, known for its briskness (which by the way is another way of simply saying that its taste makes you sit up and take note vs having a flat, dull, or otherwise non-memorable taste). Tea is produced in this region comes from some 600+ tea gardens and is manufactured both as CTC (crush, tear, curl) as well as orthodox or specialty tea. The sheer volume of tea produced in Assam contributes substantially to making India the second largest producer of tea after China. While known almost exclusively for its black teas, it should be noted that the Assam region of India also produces some green and white orthodox teas.

It is the terrior found in Assam, combined with the C. sinensis var. assamica variety, which produces the significantly different taste that has become so highly regarded. The leaves are larger in Assam and the nutrients in the soil lead to different taste and flavor compounds in the leaves. Whereas in China tea is often grown at higher elevations, in Assam it is grown at low elevations along floodplains with sandy, nutrient rich soils which are typical of floodplains. Also unlike tea grown in other parts of the world, it is the second flush, not the first, which is preferred. The second flush is considered to produce a sweeter liquor with a more robust full bodied taste. 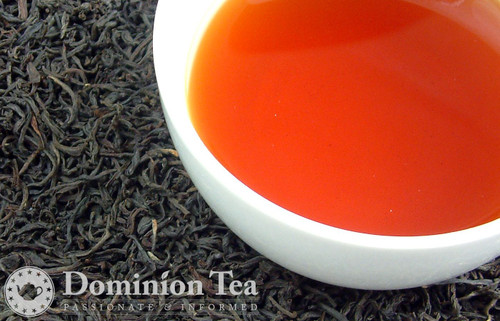